Accurate Counting – Why it matters

Last week I saw a friend.  He’s the best landscape architect I know.  He knows it too, and prices work unapologetically 30% higher, which caused explaining to clients when I was a construction manager.  They chose his work anyhow.   It was Vail.

While between jobs, I aerated lawns for his company.  He was grateful. Nearly the entire seasonal landscape crew was waiting on H2B “skilled visas.”

He said, “We have more work than ever but our H2B problem is worse,” leaving money on the table with undone work, like just about every other service sector employer we knew.

We did not discuss the border wall, America First, free trade, DACA, or how the conversation has radically shifted in America towards a nationalism, intolerance, exclusion and isolationism in just a matter of months.  The rhetoric energizes some voters, but in Colorado, many economic sectors depend on an influx of workers from across the talent spectrum.  He and I have talked politics.  We would certainly have politely disagreed on this, in spite of the cost to his business.

The shift will also heavily impact Colorado.  I also did not bring up the 2020 Census and why the newly inserted citizenship question when mixed with the current toxic rhetoric and policy is especially disturbing.  It threatens to strangle our economy.

The Commerce Department decision to insert a citizenship question is clearly political, reflecting how politics infects our institutions today.  Accuracy was important to the Founding Fathers. It was enshrined in the U.S. Constitution as the framework for establishing Representation in Congress as well as state legislatures, county commissions, city councils and school board seats shaped by an accurate count of the “whole number of free persons.”

Why does asking about citizenship in the Census matter? Ask instead, does accurate data matter?  Governing on-line on March 28th published “A Census Citizenship Question Wouldn’t Just Impact Blue States,” noting “undercounts could yield drastic effects if some opt not to participate…there will be a substantial impact on rural communities.”

Data should be as non-political even if outcomes clearly have political consequences. The shifting demographics are real.  Bloomberg Politics projects that Colorado, among other Western states will gain a representative based on the actual (including non-citizen) shift in population.  Does another vote in Congress in Colorado rather than in a shrinking rust belt state matter whether it is D or R?  A representative is a voice.  It is power.

An accurate count affects more than $800 billion dollars in federal resources are allocated to states, local governments and individuals based on Census counts, including highway construction.  Twenty Seven percent of Colorado State general fund in 2015 was made up of federal dollars.

Accuracy matters to businesses.  “Companies need good information on the location of potential customers and how much money they might have to spend.  The Census provides the highest-quality and most consistent information on such items” reports The New York Times in “Here’s Why an Accurate Census Count is So Important.”

Using the 2020 Census for political gain, though it might “energize the base,” is structurally damaging, and part of a deeply disturbing trend.  Shake things up, OK.  Do it without blocking research, science and data that is inconvenient to political objectives, and eroding institutions by breaking norms which have stabilized us for many years—like an accurate Census.  Whether it is removing climate data from the EPA website, not tracking or actively not-collecting data on gun ownership or gun violence, blocking good data smacks of the kind of approach prevalent in regimes which have also re-written history when it was uncomfortable, and tried to muzzle the free press, intimidate the judiciary, threaten to jail opponents, and change the rules of the game when in power.

Regardless of data or facts; of course, politicians still have the freedom of their opinions, and the power of persuasion.  Many decisions are made contrary to the data, or the research.  That choice is as perennial as the grass. But not even having accurate data, research or science–or pretending that millions of people who are living, breathing, fueling our economy, and impacting resources; pretending that these people don’t exist is not only cynical, it is dangerous. 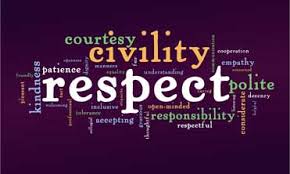 In a recent editorial “We are neighbors not enemies,” the Vail Daily praised Town of Gypsum Mayor Steve Carver, who did something quite unusual before a contentious hearing. It was the developers’ second attempt in 2017 following a hearing Carver later described as full of “hatred and unruly people that just didn’t start off good.” That first proposal was denied on a 3-3 split vote.  Unable to attend that first meeting, Carver, as owner of Big Steve’s Towing, was occupied on Vail Pass that winters night.  This summer, the developer adjusted the project by reducing the density and reapplied.  That this developer manages some very large rental projects in Avon from which some opponents were proud to have moved their families away from into homeownership in Gypsum, didn’t help their case. Carver, when interviewed said, “I told the crowd there would be no bad mouthing or cussing; don’t address the crowd, the developer or staff, address the council.” “In short, the lines were drawn and the meeting was ripe for confrontation,” noted the Daily, but before the hearing started, the 4 term Mayor did something he had never done before.  He asked the crowd to
END_OF_DOCUMENT_TOKEN_TO_BE_REPLACED

NWCCOG programs with state or federal funding just closed out a fiscal year and began a new year July 1.  From my town and county experience, closing out a fiscal year is primarily a bookkeeping exercise followed by a fiscal audit.  So, it was eye-opening to see the parade of state agency representatives setting up shop at the NWCCOG office this past month to interview staff, review files as well as our written Policies & Procedures and assess alignment of practice with P&P.  Some actually spent time in the field observing personnel perform their duties, basically checking under the hood of nearly every department as a function of annual closeout. As a new ED, I see these visits as an invaluable opportunity for input towards system improvements.  A program review with consequences raises anxiety, especially if the agency reviewing holds the programs purse strings and ability to do business.  If viewed as more than a compliance visit to endure, such an exercise is an opportunity for rare insider feedback and perspective. Many of our public-sector departments don’t have such an established vehicle for that kind of
END_OF_DOCUMENT_TOKEN_TO_BE_REPLACED

Fortunately, then, town hall was full of people staff, citizens and other trustees with more experience and knowledge than me.  So, I observed, asked a lot of questions and built a library of books and articles at home. I treated it like a self-directed class, and saved each board packet which quickly filled up two file drawers.   But as a full-time carpenter, husband, and trustee, I didn’t have time to build relationships outside of town let alone go conferencing.

Looking back, I wonder in what realm do we assume a new team member will END_OF_DOCUMENT_TOKEN_TO_BE_REPLACED 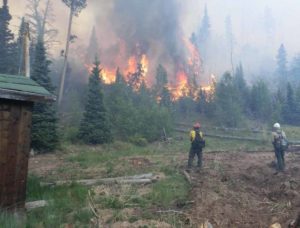 The High Country Forest Collaborative (a re-envisioned version of the successful Colorado Bark Beetle Collaborative) met in Carbondale at the Fire Protection District on April 28th.  The wider mission of the group is “community forest resilience.”  One key topic for forest health is reversing the suppression focused approach to wildfire which has altered the natural burn intervals of forest ecosystems, and made the forest less healthy.  The upshot of decades of active fire suppression has been hotter, more dangerous fires, and increased risk to mountain communities.

The focus of this meeting was a review of the April 2016 prescribed fire in Aspen at the doorstep of some of the most valuable real estate in the world, and the multi-jurisdictional effort required to pull off such an audacious planned incident.

Scott Fitzwilliam, White River National Forest Supervisor cited the Beaver Creek Fire in Jackson County last summer which “changed assumptions about what fire does.”  He told the group, “75% of our organization is focused on putting out fires.  Maybe it is time to switch to more planners and burn bosses.  We cannot cut our way out of this problem.  We cannot suppress our way out of this problem.”

In the far ranging discussion in the afternoon with the HCFC group, Jim Genung, Fuels Specialist for Aspen Sopris Ranger district, who is the planner/burn boss his Fitzwilliam is referencing, warned elected officials END_OF_DOCUMENT_TOKEN_TO_BE_REPLACED

A Crucial Group Conversation – about rabbits​

February is the month we watch for the groundhog to see his shadow.

Make a March pledge to not chase after rabbits, especially down holes.

What do I mean?  Most of us have been in meetings and suddenly wondered “how did we get here” when one person seems to chase a topic and suddenly, the conversation follows “down the rabbit hole” and a half hour later everyone is worked up (or tuned out).   Add elected officials who want to be responsive and want to make a difference …quickly, add citizens in the context of a public meeting, throw in one of those high-strung community issues, and staying on track becomes a serious challenge.

Local elected officials and staff have a hard enough time staying strategic, staying focused with so many different questions, issues, people coming at them.  After all, it is your job to be accountable, available and responsive.    Right?  But does that mean for any topic for any person any time?  Do you spend a lot of time in your meetings wondering “how did we get here?”

So take a pledge to work together to stay on track, respect your group’s time together as a valuable resource (the same with the staff time, and the publics’ too).  If you need training in managing meetings, managing priorities, being efficient and strategic there are many resources available, at NWCCOG, we would be happy to point you in the right direction.

Some questions to ask yourself or your group:

Do we have permission to keep each other on topic (and call out rabbit holes before we all leap)?

Is object of the discussion and the framework for decision made clear for every agenda item, either by a memo in packet, written on the agenda, or verbalized by the chair?

Do we have a strategy like a “parking lot” for gathering questions or input for later focus, or is every new topic an impromptu top-priority agenda item?

Have I prioritized what I want to accomplish, and communicated that to my peers?  Do I know and understand what my peers would like to accomplish or what they value?

Have we as a board or council done strategic planning lately and are we clear about balancing group priorities with individual priorities?

I’m feeling especially mortal this month.  Some of it is commuting over Vail pass and across the region through a huge snow season.  Then “there are only two un-fixables in life—aging and dying,” says Dr. Atul Gawande in the special “Being Mortal” which we are showing across the region.   After attending two “Being Mortal” events hosted by Amanda Rens-Moon of our Alpine Area Agency on Aging in Summit and in Grand Counties, I’ve had much drive time to reflect upon what our local panelists—Doctors, chaplains and hospice workers—those frequently bedside with our community members in their final days—have shared while leading discussions about end of life planning.  “To rage against the dying of the light” through exhausting “treatment,” leveraging shards of hope for a fix, or completing their journey in a more deliberate way.  Having options requires crucial conversations with caregivers and loved ones, and planning ahead—for more resources go to www.alpineaaa.org.  Or if you get a chance to attend an upcoming Being Mortal event in Eagle, Garfield or Pitkin county—do it!
END_OF_DOCUMENT_TOKEN_TO_BE_REPLACED